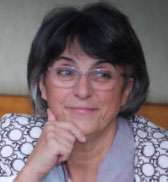 As in the film Blow-Up by Antonioni, the story begins with a chance photographic enlargement which revealed an unexpected resemblance between certain Montefeltro landscapes and Piero della Francesca’s paintings of the Duke and Duchess of Urbino in the Uffizi, which for years have been considered to be idealized landscapes. This coincidence might just have remained a superficial observation, but the two authors were not so easily satisfied, and their passionate and demanding research began among the hills and crags of the Montefeltro to uncover the exact places from which Piero could have painted his landscapes.

This is the adventure story of a painter-photographer and a geomorphologist who tramped the countryside and analysed data using a logical and scientifically stringent method, while responding to new evidence which confirmed their initial intuition.

As in a detective story, hitherto unknown theories gradually emerge, excitingly told with an enthusiasm which cannot be ignored. It is almost a paradox that in the very spaces where the shape of the real landscape doesn’t seem to fit with Piero’s pictures, the soundness of Rosetta Borchia’s and Olivia Nesci’s reconstruction is revealed. Geomorphology and Natural History show that it is highly probable that changes have occurred in those very places, and that once the painting is re-examined, the pieces of the mosaic miraculously fit together, confirming their identity and revealing new historicalgeographical and scientific information.

The diary of an intellectual adventure which is also possibly a new discipline: the archeology of landscape; and of a new passion: landscape busting.